January 2020 Member of the Month 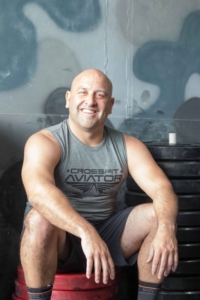 We are so pleased to announce Deacon Charlie Echeverry as our January 2020 Member of the Month. Charlie is a great member of the Aviator community. He always enters the box with a smile and never knows the wod before coming in cause he’s game to do the program no matter what it is. Charlie sets goals and recently crushed his biggest goal since being at Crossfit Aviator when he entered into the 1000# club! This accomplishment has inspired so many Aviators to do the math on their own numbers and set new goals for themselves. Thank you for being a positive influence for all the “young chickens”.

We interviewed Charlie and here is what he had to say…

How long have you been doing crossfit?

About a year and a half.

What has been your biggest accomplishment in crossfit and outside the box?

During that time my biggest CrossFit accomplishment has probably been staying competitive in all the WODs with folks much younger and also exceeding my goal of the 1000# club (combination of back squat, dead lift and bench press).  Outside of CrossFit I’d say the biggest accomplishment during roughly the same time is launching a successful business that now provides for my family.

Favorite movement and most hated movement? 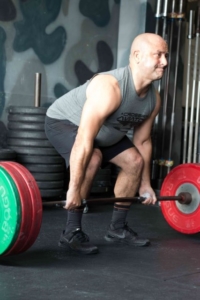 What motivates you to come to Crossfit 5 days a week?

Henry Rollins once said (in relation to lifting weights) that in a world with so much chaos and confusion it’s nice to know that 200# is always 200#.  For me it’s something like this concept that drives me to come as often as I do.

What are your goals inside and outside of the box  this year!

Goals inside Crossfit for 2020 are to exceed 1100# in the 3 movements above and to stay competitive on the WODs. Outside of the box  is to successfully raise capital and launch a new sports related business with a couple partners. 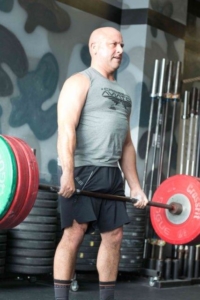 Tell everyone what you do when you are not at the box.

Professionally I run my own strategic advisory, BlackBrown.Us, focused on the media industry so I travel and work a nutty schedule.  I’m also a husband, a dad to 5, and an ordained Catholic Deacon with a number of responsibilities in and outside my Church community.  I also run a nonprofit, called Sofesa.org, with my wife focused on homeless kids in SoCal.